As my sister’s wedding draws closer (July 26th), my dad seems to be finding more and more home improvement projects to do. I thought the big thing was painting our family room…boy was that a silly thought. I believe his main thing is cleaning out our basement. He’s been wanting to finish the basement completely for awhile, but we’ve never got around to it. Although we probably don’t have time to do it now, he t least wants to clean out all the junk and what not that’s been piling up over the years.
The last time I remember being down there with people was after my oldest sister’s engagement party…like 7 years ago. Since then, I basically only went down there to store boxes or whatnot…which is what everyone in the family did. But now, we must clean. So I went down there today to start organizing things a bit to make it easier to sort through, as well as do a quick grab of my stuff. There’s so much more to go…

Here’s a small corner of the basement… 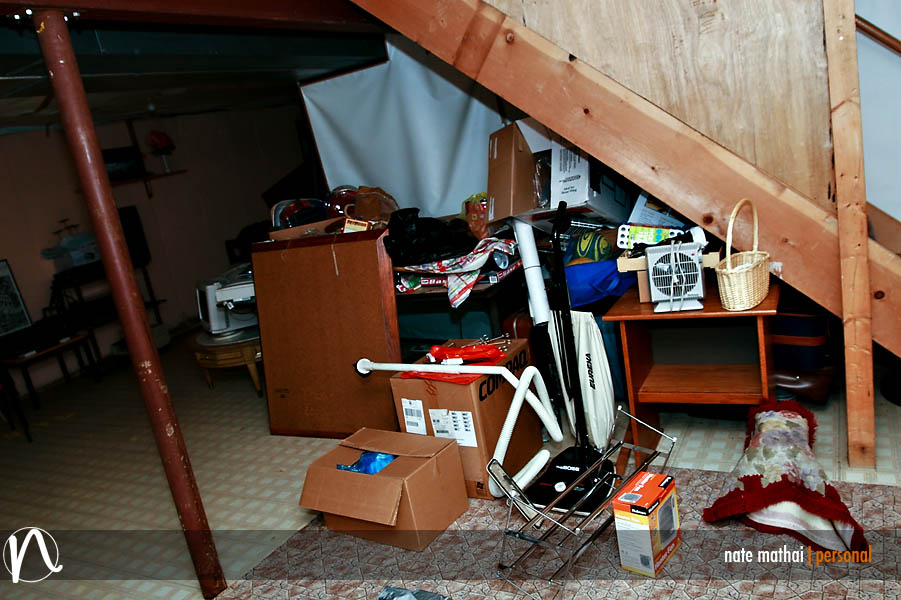 The evolution of phones. I found a couple more (including a few cell phones) as I started to unpack boxes. And yes, that is a rotary phone. I believe it still works, too. 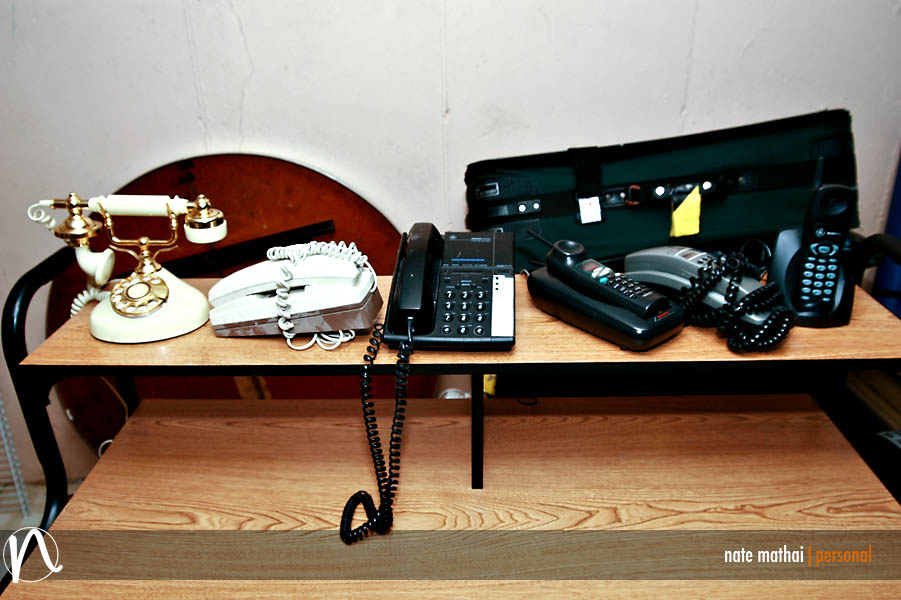 A vintage vinyl record player. We have no more records; the needle is broke. Yet we kept this thing for years. 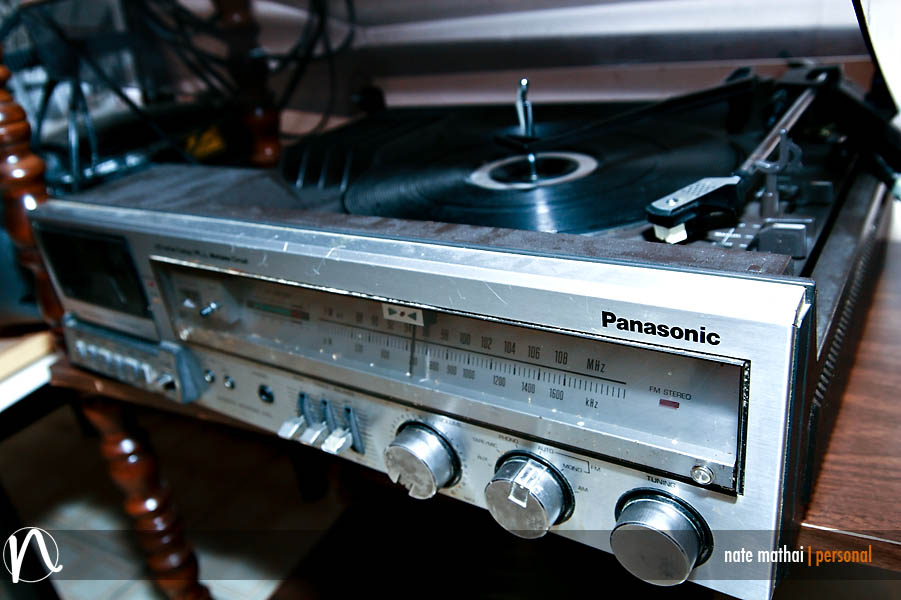 And you obviously need some speakers to go with. I actually brought these to U of I during my senior year and we hooked up our TV to it for some quality sound during movie nights (or when were bored and wanted loud noise). 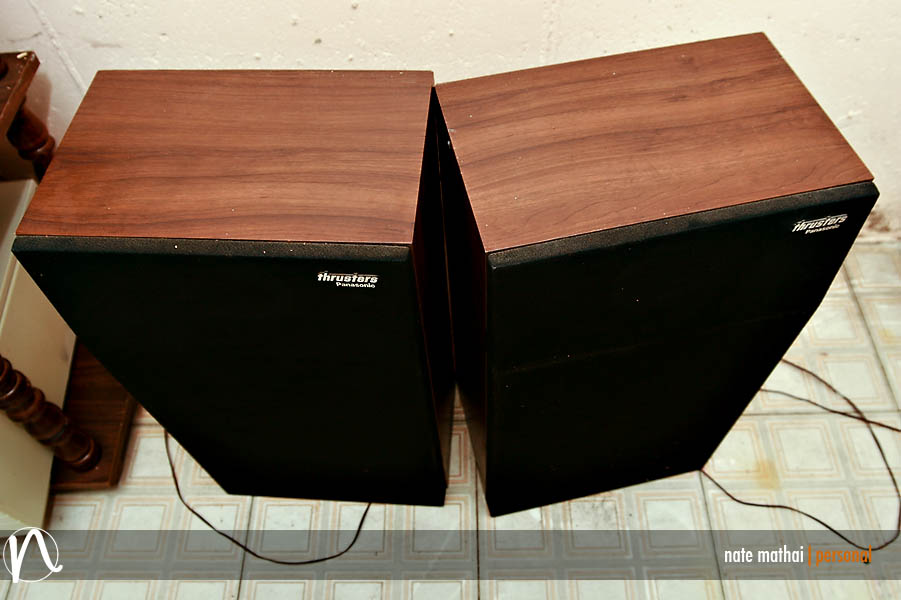 As my parents seem to keep many unnecessary items for years, I think it’s made its way into my genes on the tech side. here are a couple printers and a scanner (mind you I currently have an inkjet printer and a printer/scanner/copier in my room). 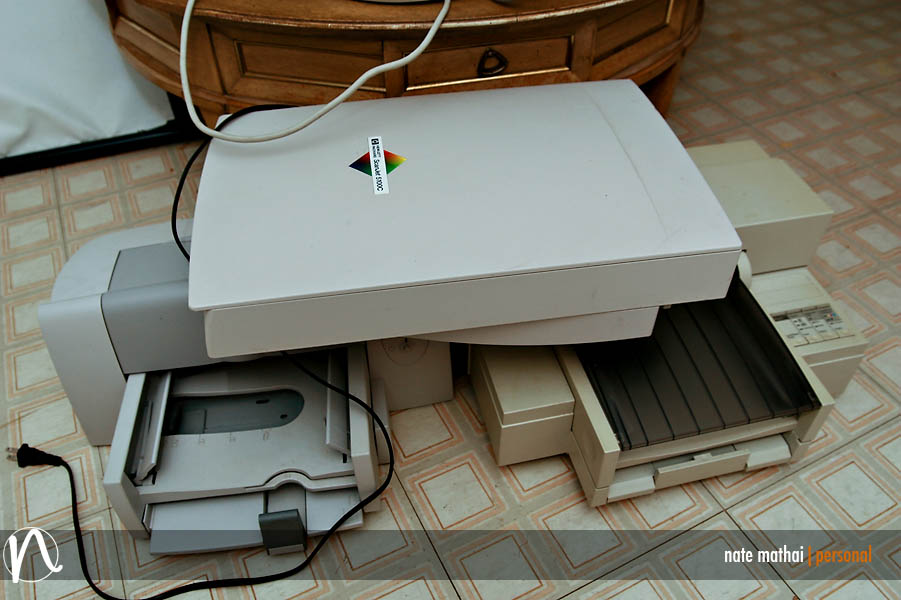 And here are 3 monitors. Note: During the last week of school, make your rounds to the apartment buildings around campus…many people throw away perfectly good stuff as they are moving out because they don’t want to pack it all up. I think we picked up 3 monitors from there. And that has helped me to have, between my room and the basement, 4 CRT monitors, 1 LCD monitor, 3 PC towers, and my Macbook Pro. I really need to figure out what to do with this stuff…I just can’t let go! 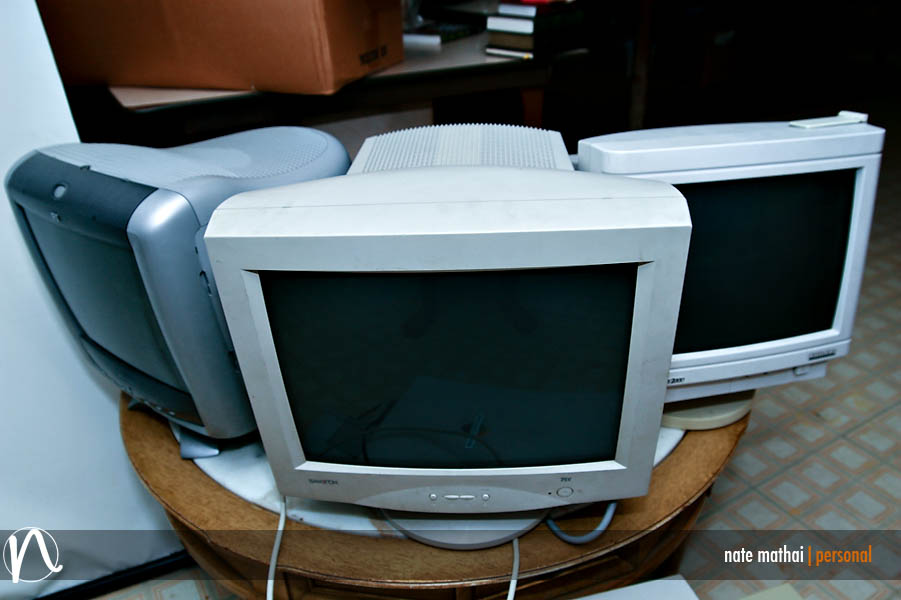 And you might think you know religious people, but look at here. These are ‘extra’ bibles in our basement. Personally, I think I have another 6 bibles on my shelf in my room (not counting my regular use one). And that doesn’t include what the rest of the family has scattered around. Is it just me, or is it really hard to get rid of a bible?

As I unpacked some boxes I started to stumble upon some old stuff of mine, which got me into a reminiscent mode. To start: 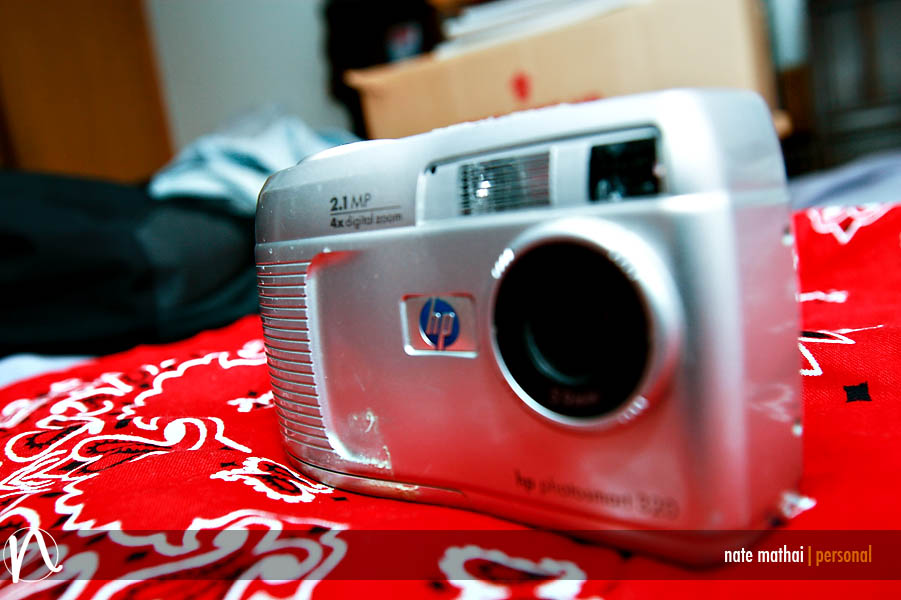 This was my first digital camera. In 2002, I bought this HP Photosmart digital camera off ebay, and people quickly got annoyed of me (that was the beginning of my photographic life). 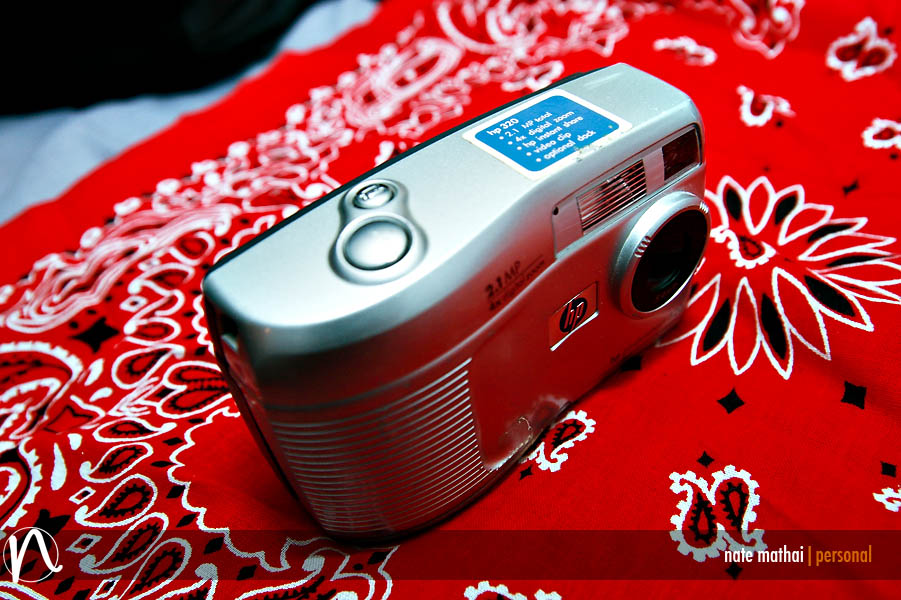 Yep…you are reading these things right. That’s a 2.1MP camera with a 4x digital zoom. Man I thought I was cool. I had the only camera around. And I tortured it a lot, as you can tell. I can’t count how many times this thing had been dropped. 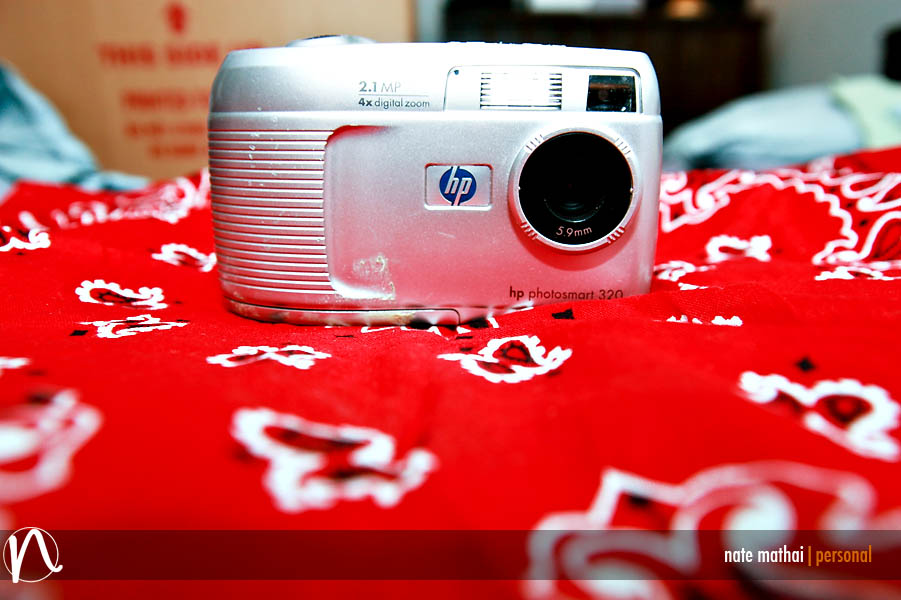 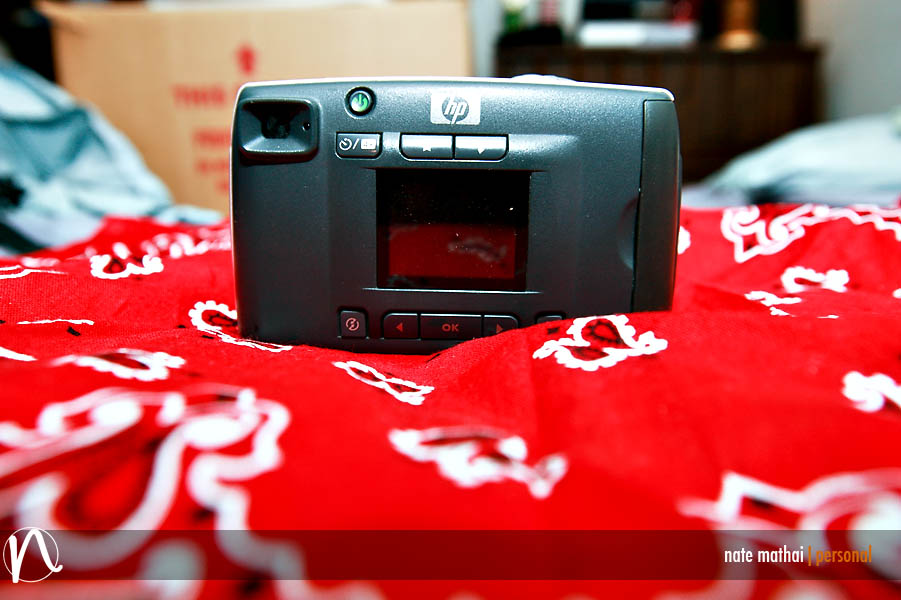 One of the goals on my 28 in 2008 list was to organize my card collection. When I went off to college I moved all of this from my room to the basement, and I wanted to go back and get it all back together. I started collecting around 1990 (if my memory served me correctly) and only did it for a few years. But I was hardcore then, constantly checking the value of the cards in Beckett. I haven’t taken great care of these,a s you can tell, but I wonder how much all of this is worth now. I guess step 1 in the process is bringing this all out of the basement. 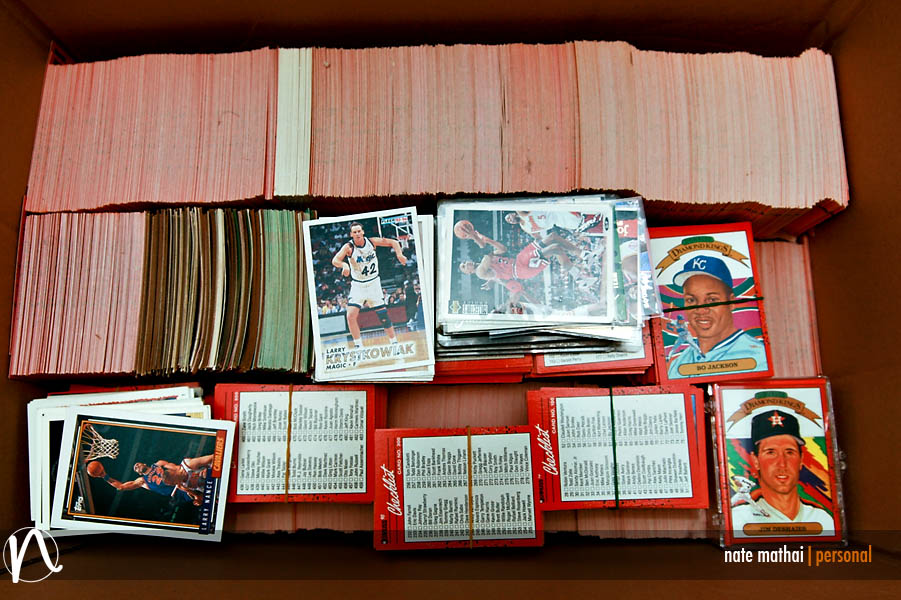 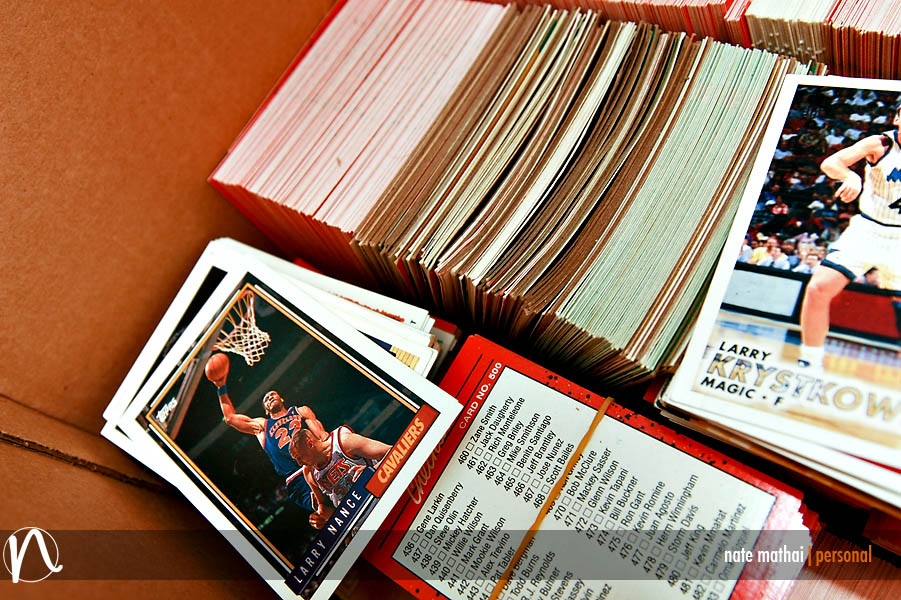 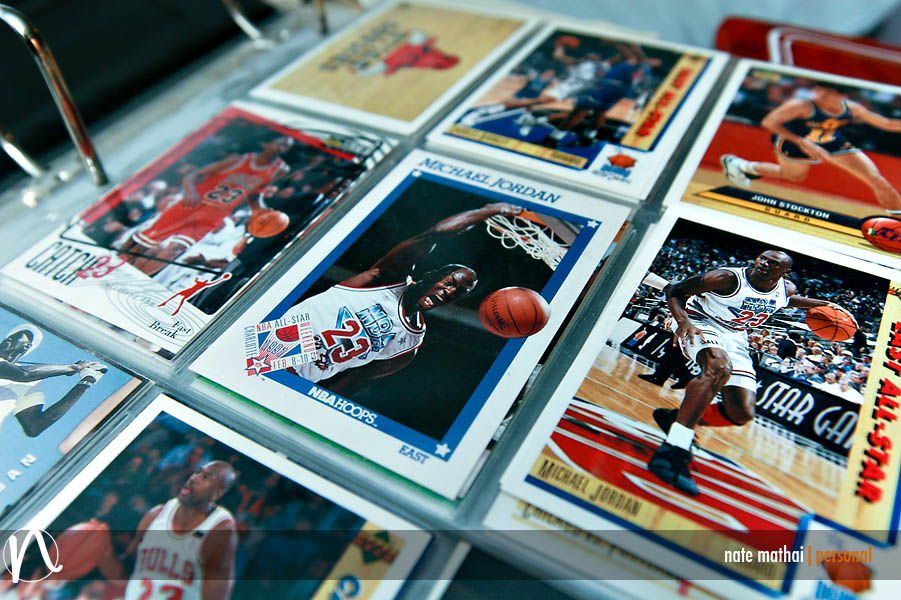 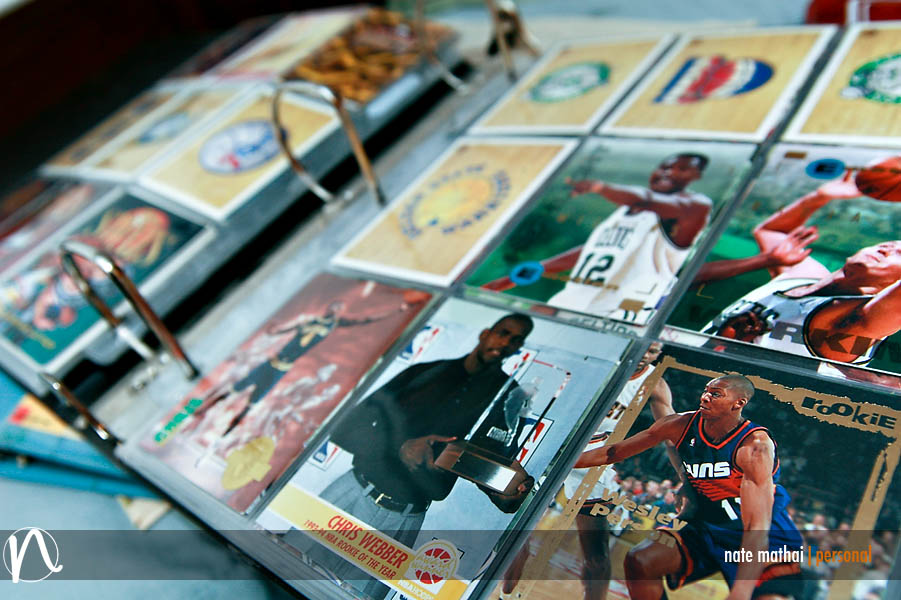 Another thing that I collected very briefly was newspapers. There were a couple papers that I thought ‘In the future I’m going to look back on these and be glad I kept them.’ And I look at them now and think the same thing…it’s a small thing right now, but looking 20+ years down the line, this will be fun to reflect on. 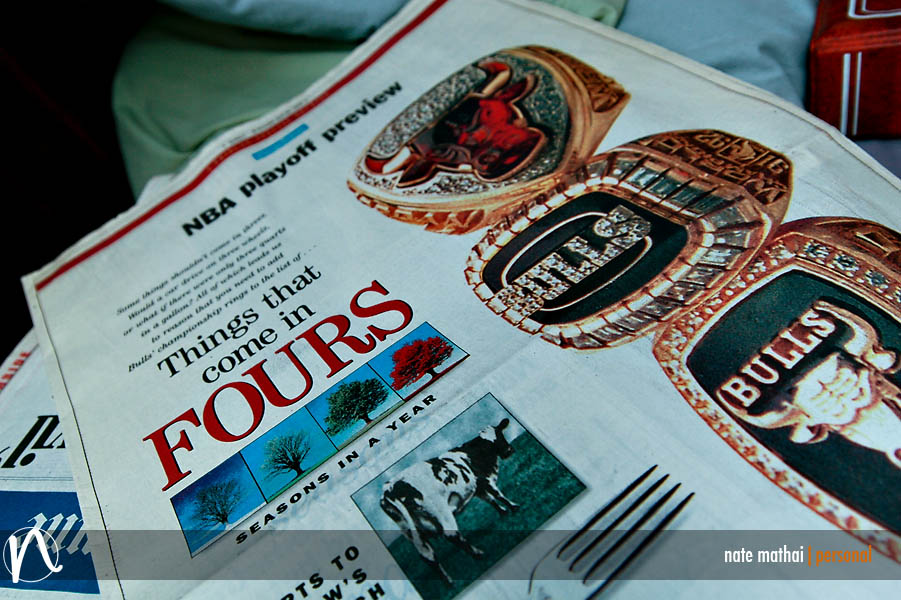 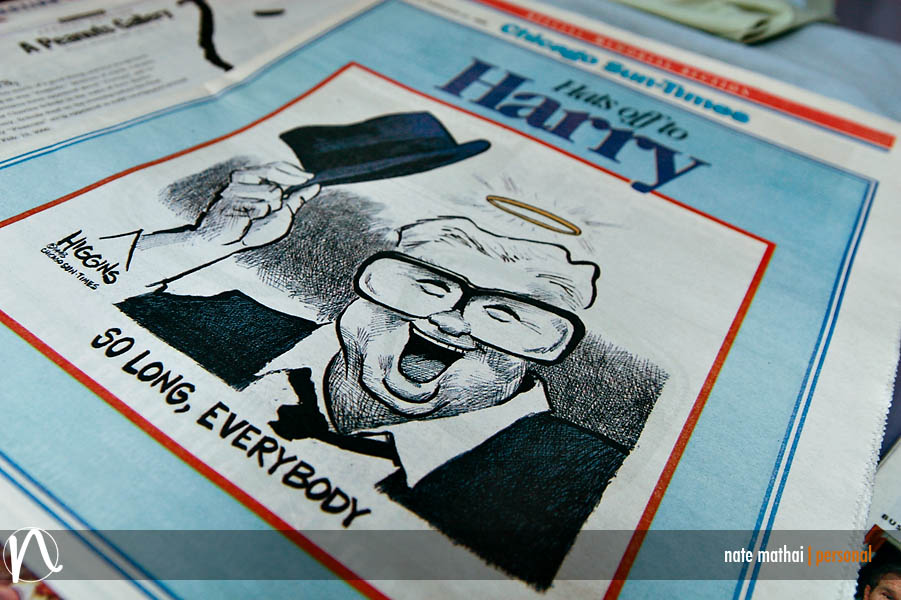 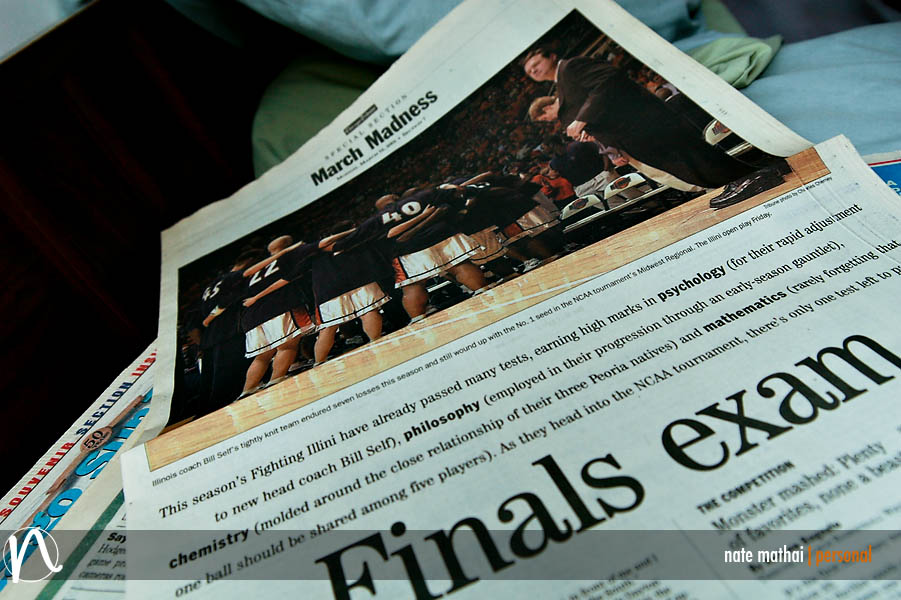 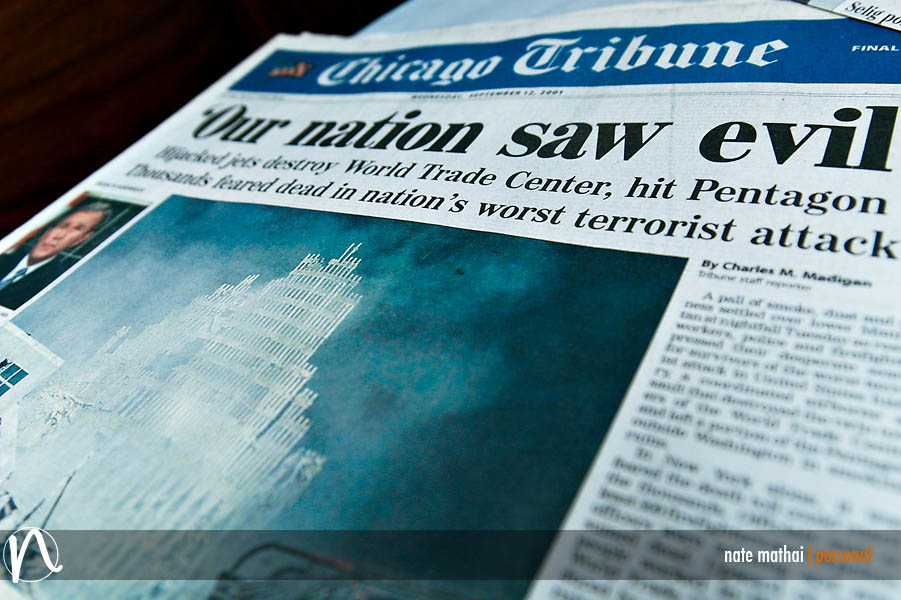 That last one hit me a bit. Almost 7 years ago. The big tagline during that time was “We will never forget.” Sure, I think we all remember it. But does it impact our daily lives? Life is short. Ultimately, our time on earth is out of our hands and has already been decided for us. Are we making the most of it? Are we living purposefully able to be ‘satisfied’ with this day being our last?

I don’t recommend you guys keeping clutter and stuff for years, but if you already do it…take some time and go through it all. It might be a good thing to help bring you back for a bit and put current situations in perspective again. It’s interesting just thinking of how far I’ve come even in the past 5 years… 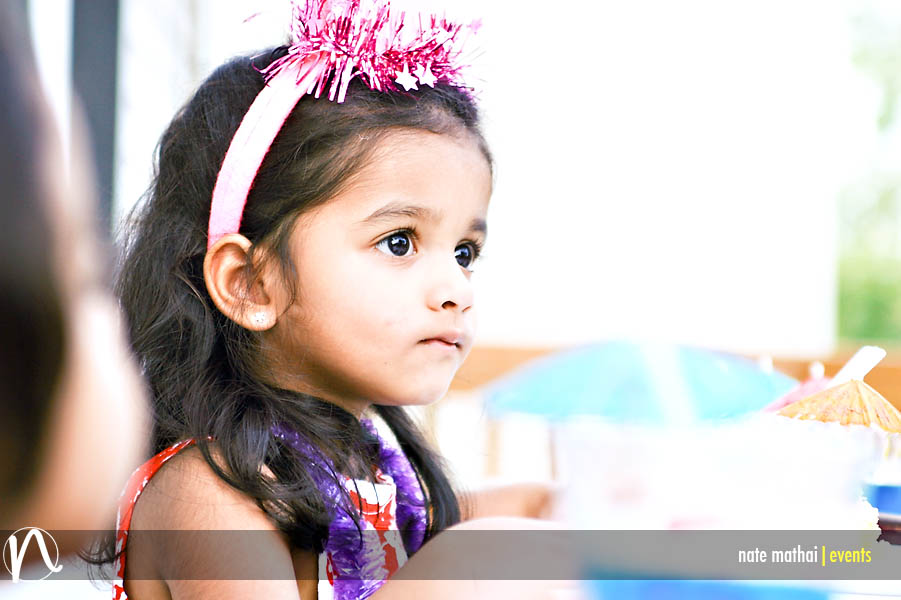 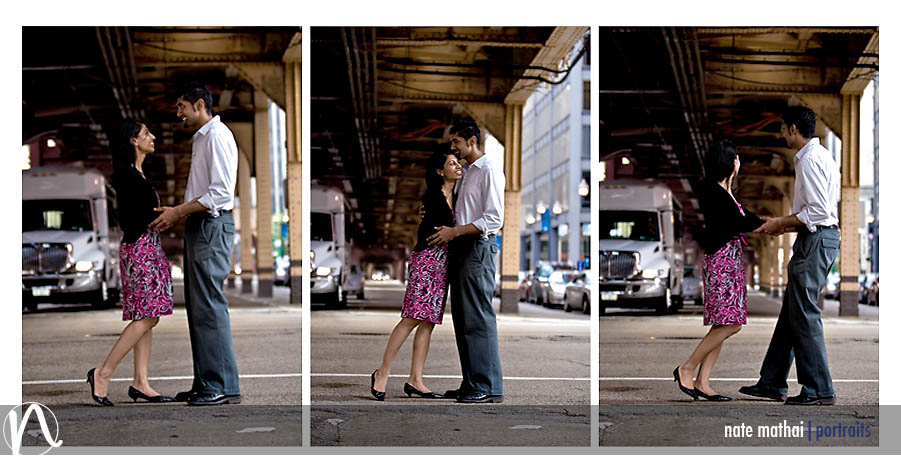