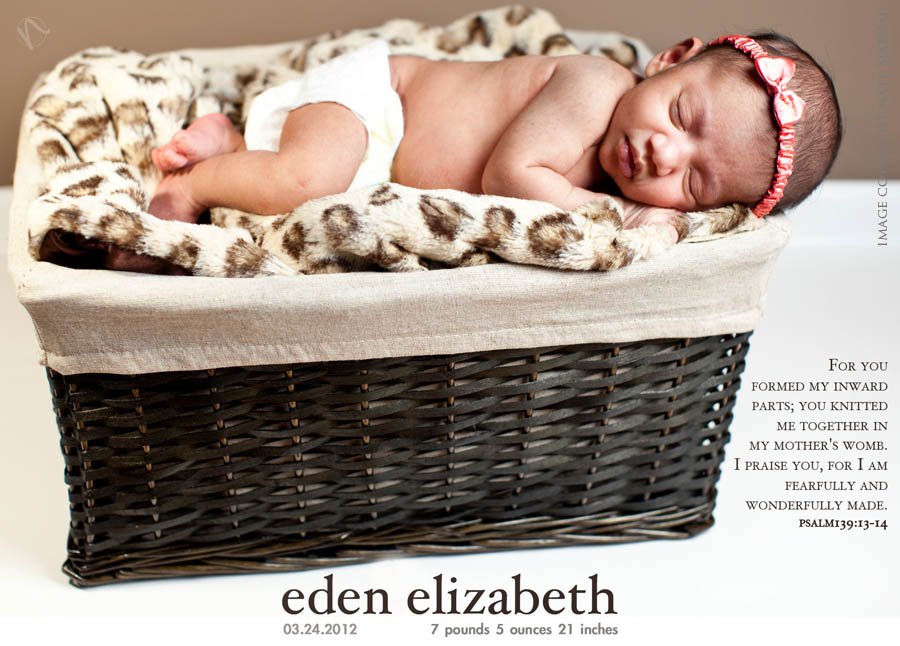 Unless you have been following me on twitter, facebook (personal / business), or in real life (which would be a little awkward), you might have missed the announcement that my wife and I had our daughter about 10 weeks ago! Eden Elizabeth was born on March 24th and its been madness ever since! ;)

It’s been an amazing blessing to have Eden in our lives, and while hectic and sleepless at times (more for my wife than me), we wouldn’t trade it for anything. We’re starting to get Eden on a bit of a better schedule (which she likes to digress from every couple of days), which means that we’re starting to get a bit more rest, too!

For the first 60 days of Eden’s life, I had been taking a picture a day (which has been posted on my facebook page), so you can see her progression there. But now that the wedding season has started up again, I’ve had to slow the daily images down a bit so I can at least spend some awake time with her without having a camera in front of my face. That doesn’t mean that the images won’t keep coming anymore, just that they’ll be less frequent.

I took a bit of a paternity leave around that time to prepare for her arrival, as well as to just get settled in and try to get in a rhythm of raising a child, which is why there was a bit of a drastic silence from my “buy a camera” posts to the recent teasers. But no worries- I’m back to work and will make this site more lively again for your reading/viewing pleasure.

With that said, keep an eye out here as there will be many more posts (both personal and professional) to come! 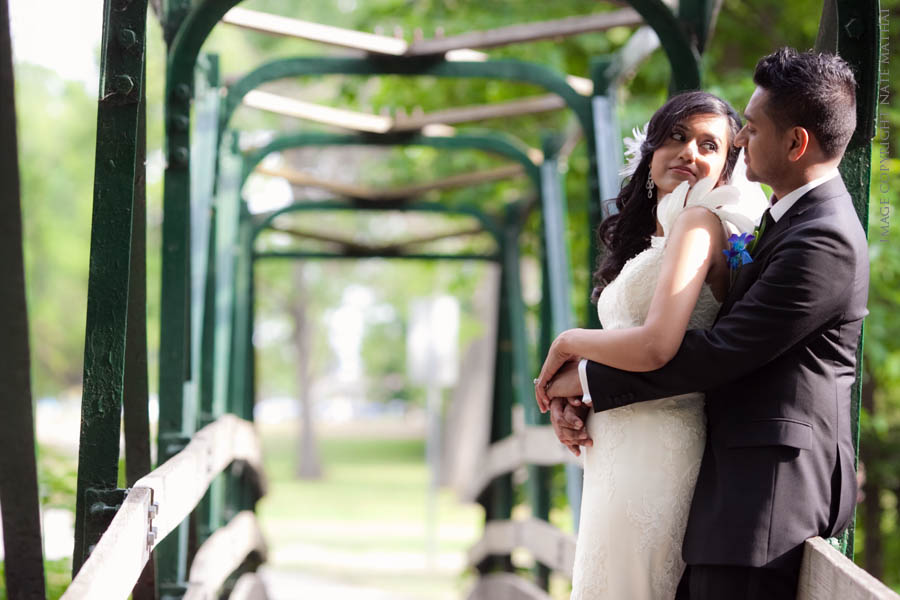 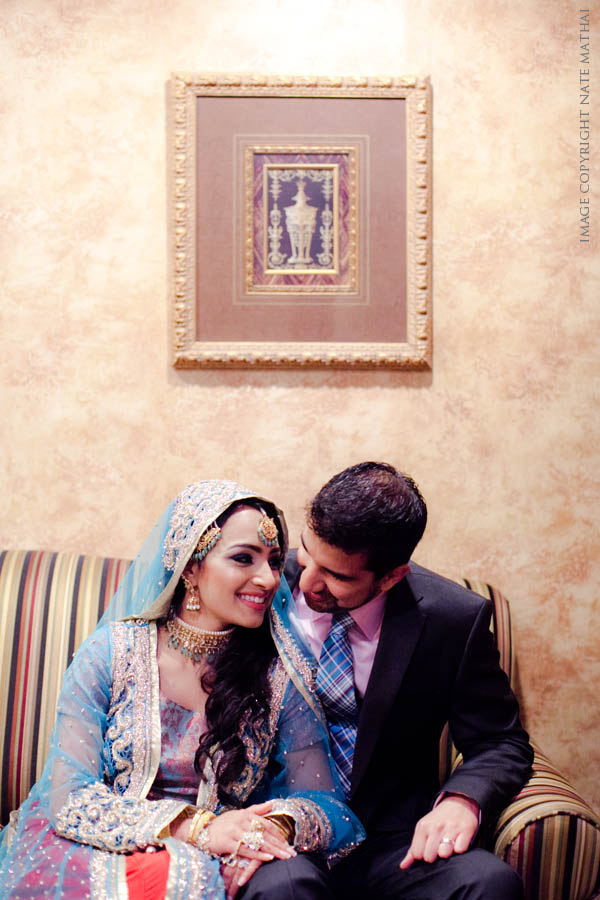 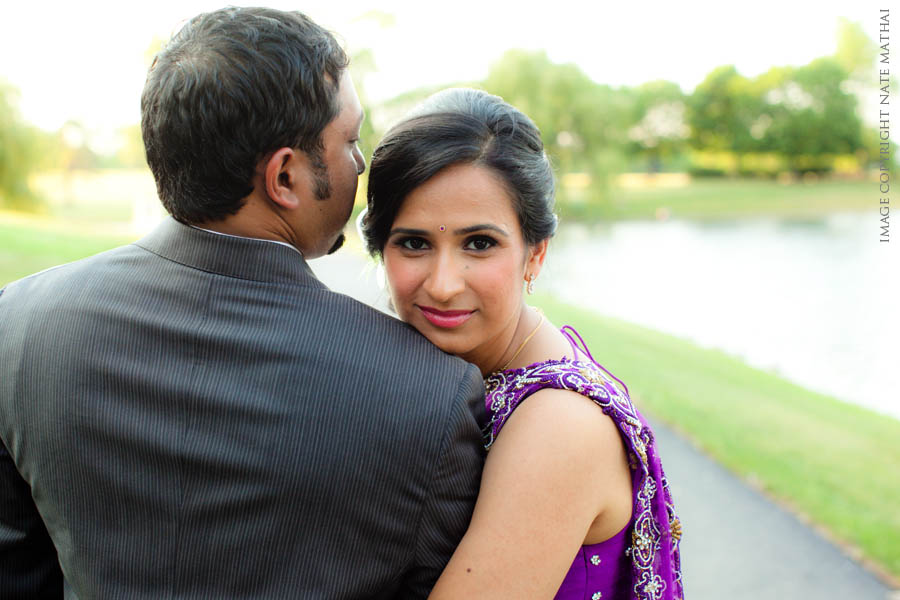